I’m not sure when the I first saw images from Antelope Canyon. It’s possible that it was in the pages of a National Geographic magazine, but could also have been on a site like photo.net, way back in the earlier days of photography on the internet. I do remember being flabbergasted though. I was mesmerised by the colours, patterns and shapes that could be found in these narrow canyons cut through stone over millenia. The way the light can bounce and the tones it produces is very unique. I knew I wanted to go there, but when you’re young, who knows when that might happen.

Well it finally became a reality this year. It seems as though every place we visited on our Utah / Arizona road trip was astonishing in it’s own right, and it’s hard to say  which place was the most beautiful, or the most profound. But I can say that this experience was definitely the most long awaited. I wasn’t even sure we would get to do this, as there are limited companies that can guide you, I was unable to book anything  in advance as they had sold every space, and then of course they charge out the WAZOO if you want to bring a tripod with you.

We were lucky to hear of a new Navajo band starting up operations in a different area of the canyon. A realitively new place, unseen by most people who have been to visit Antelope Canyon before. Their prices were fair, their guides accommodating and knowledgable, and they had the ability to take us in a small group. SOLD. The only thing was that judging when the best time to enter might be, based on the sun was a challenging concept, particularly without ever having seen what you are about too. Roll with it and see how it goes I suppose.

Entering the canyon through a narrow entrance way that some larger folks would struggle to fit through, it gradually darkens as you navigate through the twisting labyrinth. I was in immediate overload, and had to contain myself to try and stay focused and look for the best opportunities. It truly was a photographers wet dream down there.

As the sun moved, the lighting would constantly change. New angles would bring sunlight to patches that were previously not illuminated, the reflecting light bouncing into new spaces, totally changing the appearance of the scene. You had to keep your head on a swivel and constantly monitor your surroundings. Don’t get too caught up in one subject for too long, but make sure check back later to see how it has altered.

I managed to capture some pleasing images, despite having a group of people around and somewhat of a time limit. I was not able to create an image similar to some of my favourites that I have seen in the past that were captured here. The exact right time of day/year, no people and some well directed assistance to create fine dust, and a lot of patience would all have to come together, so in that respect, I can’t complain.

After our visit, we drove in to Page and checked in to our hotel room. It was a nice change after spending the night prior in a sand storm! We decided to have a couple of sneaky beers to celebrate our engagement, announce it to the world, and have a nice dinner. My plan for the morning was to visit Horseshoe bend, just minutes up the road, for sunrise. I was again hoping for some colour and atmosphere, but first, some shut eye. 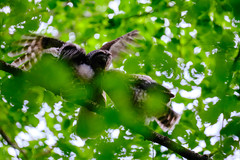 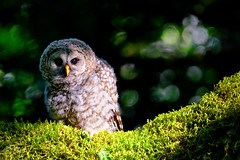 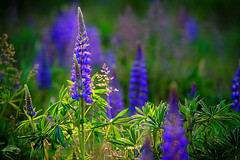