I had grand visions of spending a couple of weeks exploring Tasmania. Some of Australias most incredible mountainous bushland can be found on this small island at the bottom of the continent. I wanted to see the coastal areas, explore the bush and high alpine plains, and ride bikes in Australias brand new premium mountain biking destination: Derby. Through some logistical challenges beyond my control, my dreams were shattered and compromises had to be made. We now had 5 days to fly in, grab a campervan, see Freycinet National Park and the Northeast coast, ride in Derby, hike and Camp at Cradle mountain and then blast back to Launceston and fly out. We chose to place Derby as the middle day of the itinerary, as weather was less of an influencing factor for riding; rain or shine we would have a blast.

A tiny town in North Eastern Tasmania, up until recently Derby was what remained of a once bustling Tin mining township. I had seen a couple of features on a couple of different websites outlining its impressive collection of townside trails and some of it’s shuttle-serviced alpine epics. The EWS chose to hold a round there and this critical moment thrust Derby permanently into the spotlight, with the EWS riders naming one of the trails on the course as the riders favourite for the season.

We did some research on the trail network and some of the shuttling options that were available. With only one day, the executive decision was made to choose the alpine epic combination of the Blue Tier and Atlas trails, which includes a shuttle from Derby to the top, a stop for lunch at the Weldborough pub (outstanding!) and then another shuttle up to the Atlas trail head. 40+ km of flowing singletrack through Alpine Tundra, old growth forests, 10 foot tall tree ferns and all around mountain biking bliss. How could we go wrong? We arrived in the evening the night before and pulled our van into a quiet spot.  I wanted to check out the stars later in the evening so we went for a bite at the Crank it Cafe and chilled for a bit. Being such a tiny town and located in a fairly rural area, the night skies here are about as dark as they get, I would have loved to stay up later to wait for the Milky Way core to rise a little more, but had to get some sleep before a big day of riding tomorrow.

We had chosen to book our shuttle with Vertigo MTB and then proceeded to book our bikes with them as well. They have well thought out the rental reservation process. They gave us a few options of bike type, we indicated rider heights and weights for suspension set up, pedal options (flats or byo clipless) and even allowed for us to indicate our preference for brake lever setup. On the morning of the ride after being awoken to terrific sunrise colours, we got organised, chowed some breakkie before heading to the shop. We were greeted by friendly staff who checked us in and got us set up on our bikes and equipped with peripherals like helmets, packs, tube/pump/tools etc. After getting everything together it was time to set off.

We met just down the road and loaded bikes onto purpose built shuttling trailers, well designed to load and carry mountain bikes with zero frame contact. We piled in the van and began the lovely morning drive up to the top of the Blue Tier. The views from the top were 360 from the interior to the coast. Not as majestic as the views in more mountainous countries, but a good indicator of being at the top of it all for this part of the world. Accessing this viewpoint is a short walk up the hill before returning to the bikes and dropping in.

We blasted our way across the platuea and plunged into the forest on flowy and fun singletrack. World Trail have done a fantastic job of building top tier trail through some stunningly beautiful forest surrounds. The trails are mostly what I would consider blue, with the odd feature that may give a beginner rider a small bout of nervousness, but overall the trail is very rideable for riders of all but the most beginner abilities. The trail wasn’t featureless, you could find little kickers and booters off to the sides of the trails in some places, if you noticed them in time. With some experience riding the trail I’m sure a rider could tie these into the rides and make it a bit more exciting if you like to get airborn on your rides. All in all the riding is a tonne of fun and the trails are well built. Don’t be fooled by the shuttling aspect however, there is still plenty of pedalling involved where the trail has been designed to maxmimise every metre of descending possible.

We popped out of the bush on a high from the 20km of singeltrack we just experienced, and stopped in at the Weldbourough Pub for lunch. The pub has been rejuvenated by the new biking infrastructure that facilitates the arrival of a daily lunch crowd, keen for a feed and nice local brew. I ordered the steak sandwhich which I felt was absolutely amazing, and once of the choice beers from a local brewery. “Choice!” as one of the kiwis on the ride gleefully expressed.

The next step was back into the shuttle vans and up another mountain road to reach the trail head for Atlas.We should have paid more attention to how to end this segment of the day. If I was to do it again I would have put more effort into choosing which trail to finish the ride on to return to town. The Atlas trail eventually joins in to the trail network that criss-crosses the mountainsides on the outskirts of town, and you can return to the township via a few different trails. Anyway, we set off and again found ourselves enjoying incredible single track flow through beautiful forested surrounds with the occasional stunning view point. As we approached the lower elevations we had to chose which way to return to town, and this is where we made a mistake that had us climbing back up to a high point of a local trail before descending down into town. This would be fine if we had the energy, however we were both quite drained from the day by this stage, having made our way through over 40kms of singletrack. As I mentioned earlier, Yes this is shuttle assisted riding, but in comparison to other places where the shuttle brings you to the top of a trail that requires only minimal pedalling in sections in order to reach the bottom, these trails are spread across more limited elevation, so there are still many places that require pedalling to keep you flowing along. If you ride distances like this on a regular basis, this probably wont bother you, but most of our rides are sub 20km so this was a big one for us.

The late day sun through the eucalypts made for some easy on the eye breaks to soak up the smells and sounds of the Australian bush. By the time we made it onto the final segments of trail we were tired but still enjoying the well designed, built and maintained singletrack that returned us to town. It was an incredible day of riding through beautiful forest on fantastic flowing singeltrack. After dropping off the bikes and gear and sharing the stoke with the excited staff and owners again at the store, we returned to our van to get cleaned up before moving on to our next destination.

The township has been well set up to accommodate travelers of all kinds. Their were several public shower facilities that were in good condition and clean, bring your spare change for the hot water. After a shower and a snack we had to hit the road, so it truly was 24 hours in Derby. But the riding was spectacular, the people and township were accommodating and friendly, and the overall experience was world class. I will return some day, but can say without hesitation that if you like to mountain bike and are considering a visit, I highly recommend atleast a couple of days in Derby to enjoy the experience fully.

My only gripe? I had reserved a Specialized Enduro for the ride but I was given a Giant Reign instead, as their Enduro in my size was apparently not mechanically ready. I wasn’t too worried by this, as I respected and agreed with that option, but I was a little frustrated by the somewhat uneccessary attempt to coerce me into believing the Reign was a superior bike (by specification alone it certainly was not) Sadly I was still let down once we got riding by the bikes poorly indexing rear derailleur in the higher speed gears, which made applying power at speed a frustrating experience. I attempted to make improvements on the trail a couple of times but didn’t get far. One of the shuttle drivers also played around with it while we stopped in Weldbourough but was unable to solve the problem without a workstand and some more dedicated time. The dropper post did function, but rather poorly. The primary reason I mention this is that at $140/day for the rental, it would have been nice for the bike (or the bike I reserved online weeks earlier) to be in excellent working order. Despite this, we still hade a fantastic day of riding, it’s just a small improvement that could be made that would have left us with an absolutely astounding experience overall.

So… get to Derby for a spin, you won’t regret it!

One thought on “Mountain Biking in Derby, Tasmania” 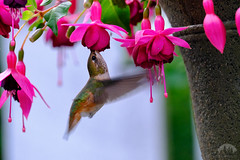 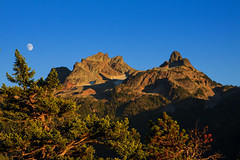 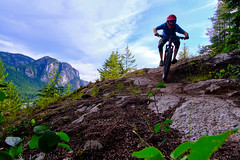